Join Team Tiegrabber and subscribe to our premium podcasts


In appreciation, Jill will send you a thank you gift of your choice.

Tina Faelz was not having a good freshman year in high school. She was not doing well academically and was being bullied by some “Mean Girls.” Her home life was no picnic either. Her parents were divorced when she was a toddler and her mother liked to party a bit too much. But Tina loved her little brother, who she cared for like a second mom. She was so young, and she had so much potential in life.

Join us at the quiet end for The Wrong Way Home. When Tina’s blood-covered body was found in a ditch near the path where she walked home from school, the community of Pleasanton, California, was shocked. The police had several suspects. But with no physical evidence, the case went cold.  It was nearly 30 years after her murder when DNA analysis identified one of Tina’s high school classmates as her killer. But no one was surprised.

Record a voicemail for a future show 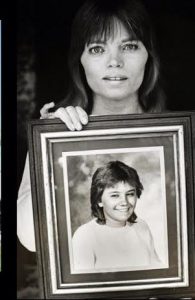 Murder in Pleasanton: Tina Faelz and the Search for Justice by Joshua Suchon

Join Team Tiegrabber and subscribe to our premium podcasts


In appreciation, Jill will send you a thank you gift of your choice.